On a construction site, your timeline is your bottom line. Project delays — no matter how small — can lead to substantial financial losses and business interruption. Protect against project interruptions, vehicular damage and potential lawsuits with the help of Safe Drive Systems.

On a construction site, your timeline is your bottom line. Project delays — no matter how small — can lead to substantial financial losses and business interruption. Protect against project interruptions, vehicular damage and potential lawsuits with the help of Safe Drive Systems.

Construction Trucks Accidents Happen. Now they don’t have to.

No two collision avoidance systems are created the same. Our radar provides visibility when the camera sensors are compromised by adverse weather conditions, both day and night.

We provide on-site installation which minimizes business interruption and we don't stop there. Our customers are our partners in safety and enjoy 24/7 U.S. based customer support and a dedicated safety engineer.

Stand up to the wear-and-tear of the construction site. Our radar system is built to last, and backed by the industry’s only 12-month warranty.

Stop accidents in their tracks.

Monitor your fleet on the move with GPS tracking, downtime reporting, fuel economy assessments and much more.

Safe Drive is the only fleet management system with camera-and-radar tech to help prevent collisions — rain or shine.

We install the entire solution with 24/7 support and a dedicated representative to regularly assess and improve fleet safety.

Protect your Safe Drive investment with devices that can be transferred between different vehicles.

It’s a normal day on the job and one of your dump truck drivers just filled his first load for the day. Weather conditions are fair but the sun hinders your driver’s visibility. As your driver takes the exit to get to the construction site, the sun’s glare worsens and your driver doesn’t notice another vehicle that is parked on the shoulder of the road.

Your driver regains visibility but not until he is quickly approaching the parked vehicle that is partly on the road. He tries to slow down but the heavy load on the truck prevents him from stopping in time. He ends up clipping the back of the vehicle which causes the dump truck to lose balance and tip over. Fortunately, your driver comes away with just a few scrapes but your truck and materials are damaged beyond repair.

The repairs plus the increased insurance costs due to the accident puts your business out well over $100,000. Production at the construction site also comes to halt without the needed materials, costing you even more money.

You’re in the driver’s seat

Track your drivers on the fly with an integrated mobile app that organizes all your driving data with helpful decision-making tools.

Most fleet managers notice a 30-40% improvement in driver behavior in the first 1-2 months.

You’re in the driver’s seat

Track your drivers on the fly with an integrated mobile app that organizes all your driving data with helpful decision-making tools.

Most fleet managers notice a 30-40% improvement in driver behavior in the first 1-2 months. 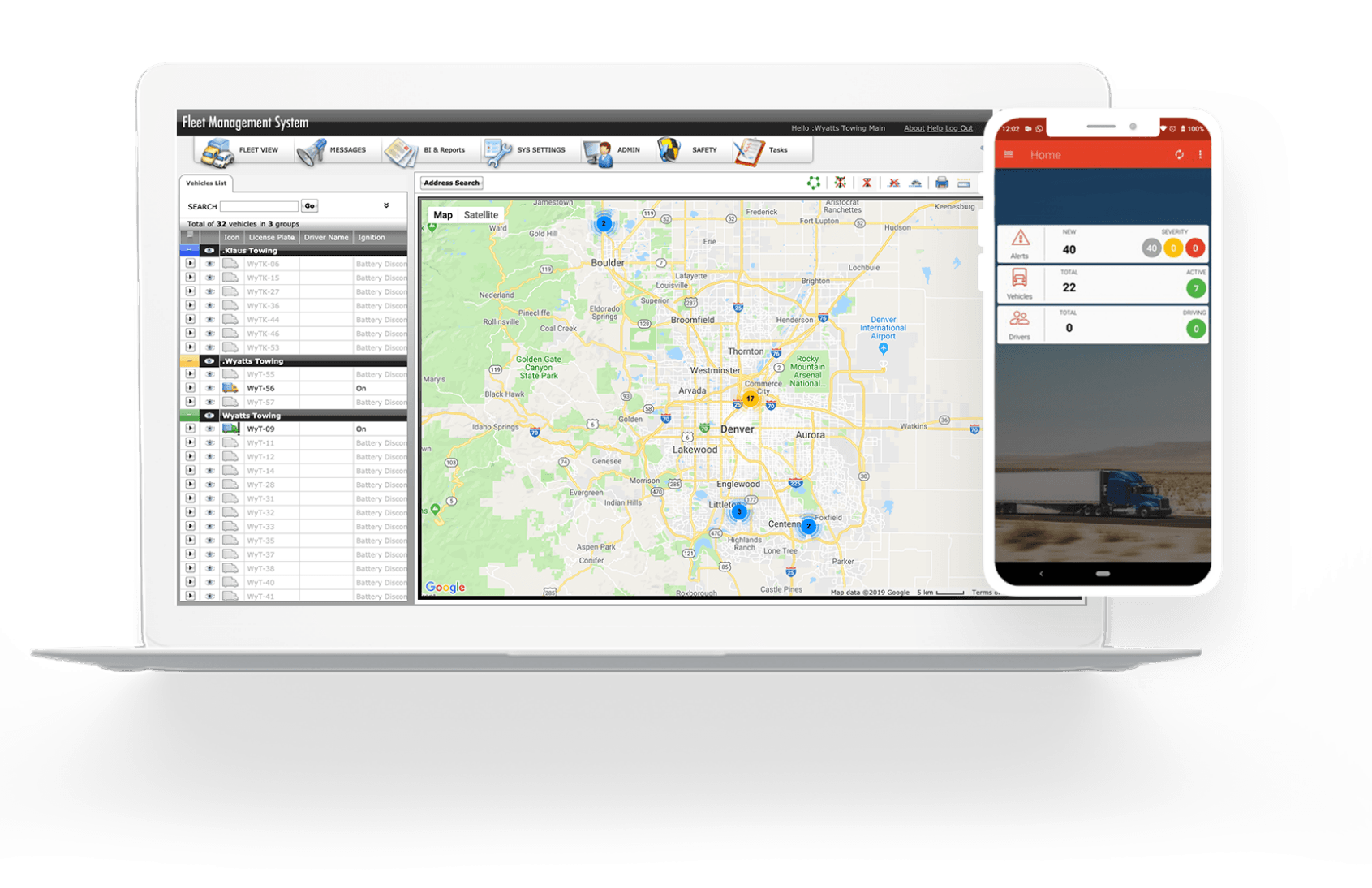 Take a look under the hood

Before you purchase any fleet management system

Both of these accidents could have been avoided with earlier detection of the hazards on the road.

Be a Safety Leader in the Construction Industry:

Since construction vehicles such as dump trucks and cement trucks cause the second most injuries and fatalities among all large commercial vehicles, your fleet can reduce these numbers by installing an effective collision avoidance system.

With the limited visibility of one’s surroundings in construction vehicles, it’s crucial that your drivers are alerted to any hazards around them in real-time. Whether they are backing up on the job site or switching lanes on the highway, they need to be able to react promptly.

Furthermore, due to the heavy loads these vehicles carry, braking to avoid a potential hazard is difficult and can shift the weight of the vehicle causing rollovers. With the added detection time provided by a radar-based collision avoidance system, your drivers can slow down and avoid hazards safely.

Protect your fleet, your business and your bottom line

90% of car accidents
could be avoided

with 1.5 seconds
of early warning

"Once I looked at what’s available, I realized that Safe Drive Systems provided the best ADAS solution out there. Here in Georgia, we get torrential downpours at a moment’s notice, and fog immediately afterwards that can last for half an hour. 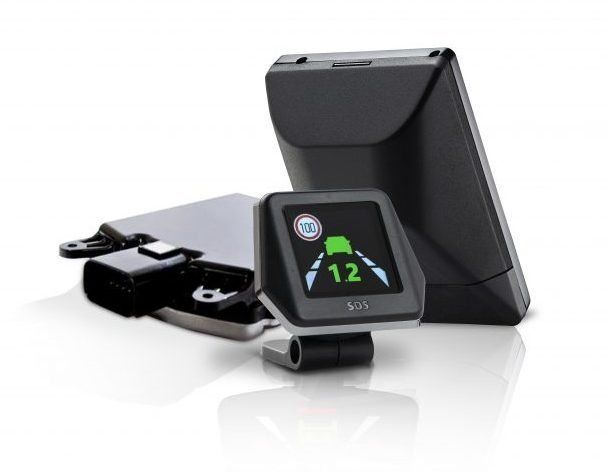